Now that the snow has finally melted and the rain has (mostly) stopped, our thoughts naturally turn toward the outdoors. And with that, the opportunities to be active increase. Physicians have long advocated physical exercise as an essential part of a healthy lifestyle. Most of us have repeatedly heard of the value of exercise in promoting cardiovascular health and reduced cholesterol or in reducing the risk of obesity and diabetes. In recent years, mental health professionals have begun to appreciate better the role of exercise in helping with mental health as well. Notwithstanding the traditional view of therapy that caricatures treatment as a patient lying on a couch, psychologists are beginning to study the impact of increased exercise as part of an overall treatment plan for many common mental health problems. And with encouraging results. Dr. James Blumenthal, a psychologist at Duke University, recently divided a number of depressed patients into four groups—two groups with either supervised or unsupervised exercise, one group with traditional antidepressant medication, and another group that received a placebo pill. They found that the three groups that did not receive the placebo pill all reported fewer symptoms of depression after four months than the patients who received the placebo pill and that the exercise patients had comparable improvement to the patients who had the antidepressant medication. After one year, patients who continued to exercise as part of their treatment had fewer symptoms than patients who were more sedentary.

Similar findings have been found with patients who suffer from anxiety. A research team at Southern Methodist University, led by Dr. Jasper Smits, found that patients who exercise regularly may be better prepared to manage stress without developing panic—even if they are already vulnerable to experiencing panic attacks. They explained that exercise induces many of the same chemical reactions in the brain and the body that occur during panic attacks and suggested that regular exercise might actually immunize patients against the future anxiety. Exercising might actually be a form of practice for stressful situations that could otherwise create anxiety.

No one is actually suggesting that exercise alone will alleviate mental health suffering or that it should take the place of a balanced lifestyle and comprehensive treatment plan. But what clinicians are now increasingly recognizing is that exercise should be a component of most treatment plans and that regular exercise can help promote self-esteem, a sense of energy and well-being, and improve sleep. I could go on and on about this. But it’s a nice day out… 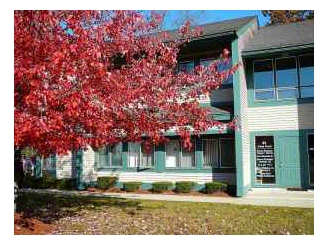